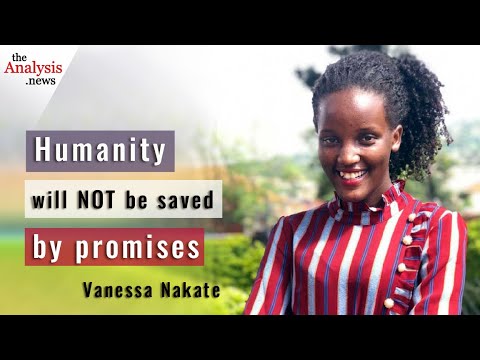 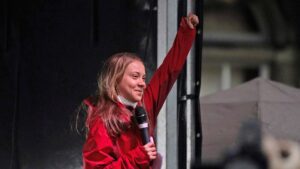 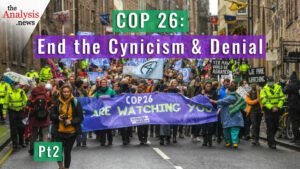 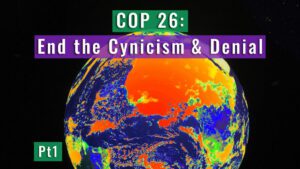 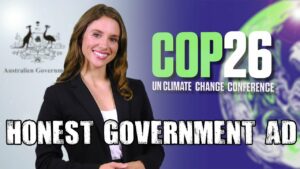 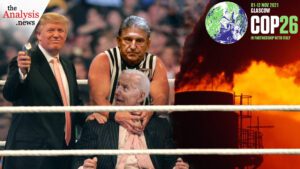 Vanessa Nakate, Ugandan Climate Justice activist takes on the big companies and especially the fossil fuel industry which makes up the largest contingent to COP26. She told leaders that we don’t believe their pledges and promises, and begged them to prove us wrong.

Nicola Sturgeon: You know, part of the reason I’m sitting here with Vanessa is that I recognize that people like me, our feet do need to be held to the fire, and spending a bit of time over court with Vanessa has reminded me of the need to constantly push ourselves and challenge ourselves to do ever more difficult things.

Nigel Topping: Right. Thank you, First Minister. Vanessa, I was in Milan at the Youth Summit, where you gave a very powerful speech, which started with a quite harrowing account of the human impact of climate change. Now, today, not abstractly, not tomorrow, and a real call for climate justice. So what I’m concerned are grappling with is we on the one hand, we have a strong sensors, momentum is really building and stuff is really happening. And that we need to hold non state actors and state actors to account. And yet, we’re in a world where the emissions are rising still. So the gap between action and impact is still large. How do you think we can navigate the gap between those most affected and not seeing the change and this sense of momentum is really starting to build now.

Vanessa Natake: We are as United Nations Secretary General Antonio Guterres recently said on the verge of the abyss.

As the IPCC report said, the science is now an equivocal. The latest available science tells us that in order to avoid the worst impacts of the climate crisis, we must reduce global co2 emissions by somewhere between 7% to 11%.

This year, and next year, and every year up until we get to zero.

So what are we doing to pull ourselves back from the abyss ?

Countries have come to COP26 to make new pledges to reduce their emissions, and lots of companies and banks and investors have descended upon Glasgow to make BIG climate commitments. …and let me say that, of course, the idea that countries companies and investors committing to drastic and immediate action to reduce emissions would be most welcome.

But let us be honest, we have been here before ! There have been 25 COPS before this one and every year leaders have come to these climate negotiations with an array of new pledges, commitments and promises, and as each COP comes and goes, emissions continue to rise. This year will be no different co2 emissions are forecast to jump in 2021 by the second biggest annual rise in history. So I hope you can understand why many of the activists who are here in Glasgow, and millions of activists who could not be here, do not see the success that is being uploaded within these holes, I hope…., applause

I hope that you can appreciate that the 9 million people dying every year from breathing toxic air from fossil fuel driven air pollution, do not have decades to wait for oil, gas and coal to be phased out.

I hope you can appreciate that we may be skeptical when the largest delegation here at the COP26 Climate Summit does not belong to a country but instead belongs to the fossil fuel industry.

I hope you can appreciate that where I leave a 2 degree world means that a billion people will be affected by extreme heat stress. In a 2 degrees Celsius world, some places in the global south will regularly reach a wet bulb temperature of 35 degrees Celsius. At that temperature the human body cannot call itself by sweating.

At that temperature, even healthy people sitting in the shed will die within six hours.
We see business leaders and investors flying into COP and private jets. We see them making fancy speeches, we hear about new pledges and promises. But we are drowning in promises. commitments will not reduce co2 promises will not stop the suffering of the people. Pledges will not stop the planet from warming. Only immediate and drastic action will pull us back from the abyss.

So we have some who are already starting to call COP26 as success. But a few days ago, a climate action tracker report showed that COP26 is actually putting us on a pathway for a 2.4 degrees Celsius world. And this is our problem.

We have two pathways. There is the pathway of commitments and hype and promises and fanciful Net Zero targets and happily ever after.

And then there is the pathway of the best available science of ever strongest storms and droughts and floods of toxic polluted air of real people suffering and dying.

And these two pathways are diverging.

The truth is that the atmosphere doesn’t care about commitments. It only cares about what we put into it or stop putting into it. Humanity will not be saved by promises.

So, I have come here to tell you that we don’t believe you.

We don’t believe that banks will suddenly put trillions of dollars on the table for climate action, when rich countries have struggled since 2009 to raise $100 billion dollars for the world’s most vulnerable countries.

We don’t believe that promises made by financial companies to end deforestation will actually prevent trees from being cut or burnt down.

We simply don’t believe it.

But I am here right now to ask business and finance leaders.

Show us your faithfulness.

Show us your trustworthiness.

Show us your honesty.

I am here to say, prove us wrong.

God help us all. If you fail to prove us wrong, God help us. Thank you

Nigel Topping: So Vanessa, hope you can tell from the length in the warmth of the applause that people agree with you. That is an expression that comes to mind. And we use it says trust arrives on foot and leaves on horseback. And it seems that trust is run over the hill and far away. And what you’re asking for is evidence of a first step back towards trust. And that will be a long way back. So I hope that every man, every governor, every CEO of a business, every banker, every investor hears that call to prove the skeptics wrong because the skepticism is not without reason. Because it’s a it’s a it’s a, as you say we’ve had broken promises before. So thank you very much, Vanessa. You also I mean, you refer to the science of wet bulb temperature, if anybody. You know, one of the things I think that we’re starting to get is culture and the arts coming into this helping translate the science of the climate crisis in the way that only the arts can do. And there’s an amazing book by Kim Stanley Robinson, who’s been here called in the Ministry for the future, which starts with one of the most harrowing chapters of fiction that I have ever read, which deals with a wet bulb temperature and extreme heat event with awful consequences. But as I want to come back to it what One more question.

You published a book, you asked me the other day, if I’d read it, I’ve got it. Now I haven’t read it, but I’ve skimming through it. And, you know you, you highlight unheard stories and untold voices. You’ve talked about mama McGregor with a plantain saleswoman and how her life was affected by COVID. So you have a skill of bringing the abstractness of promises and climate science into daily lives. And, you know, we’ve had lots of help in that with some of our ambassadors and friends. And on this stage tesni, massive and clover Hogan spoke very passionately. Saleem hook and Sheila Patel have helped us with this as well, to really emphasize the need for more support for the communities of whom climate crisis is a reality. Now, you are particularly eloquent on this subject. In Milan, when you talked about the need for more emphasis on loss and damage. Could you put that in? Tell us what that where that comes from? From a personal perspective?

Historically, Africa is responsible for only 3% of global emissions. And yet h many Africans are suffering some of the most brutal impacts fueled by the climate crisis. So with the rising global temperatures, with the changes in weather patterns, people are losing so many things, loss and damages happening right now, I have given a number of stories, personal stories of what I’ve seen, what people have told me and to us, you know, finance has been promised, you know, for mitigation for adaptation, but we need a separate fund for loss and damage, because finance for adaptation is critical finance for mitigation is critical. But for many of us in vulnerable countries, we cannot adopt anymore to the climate crisis. 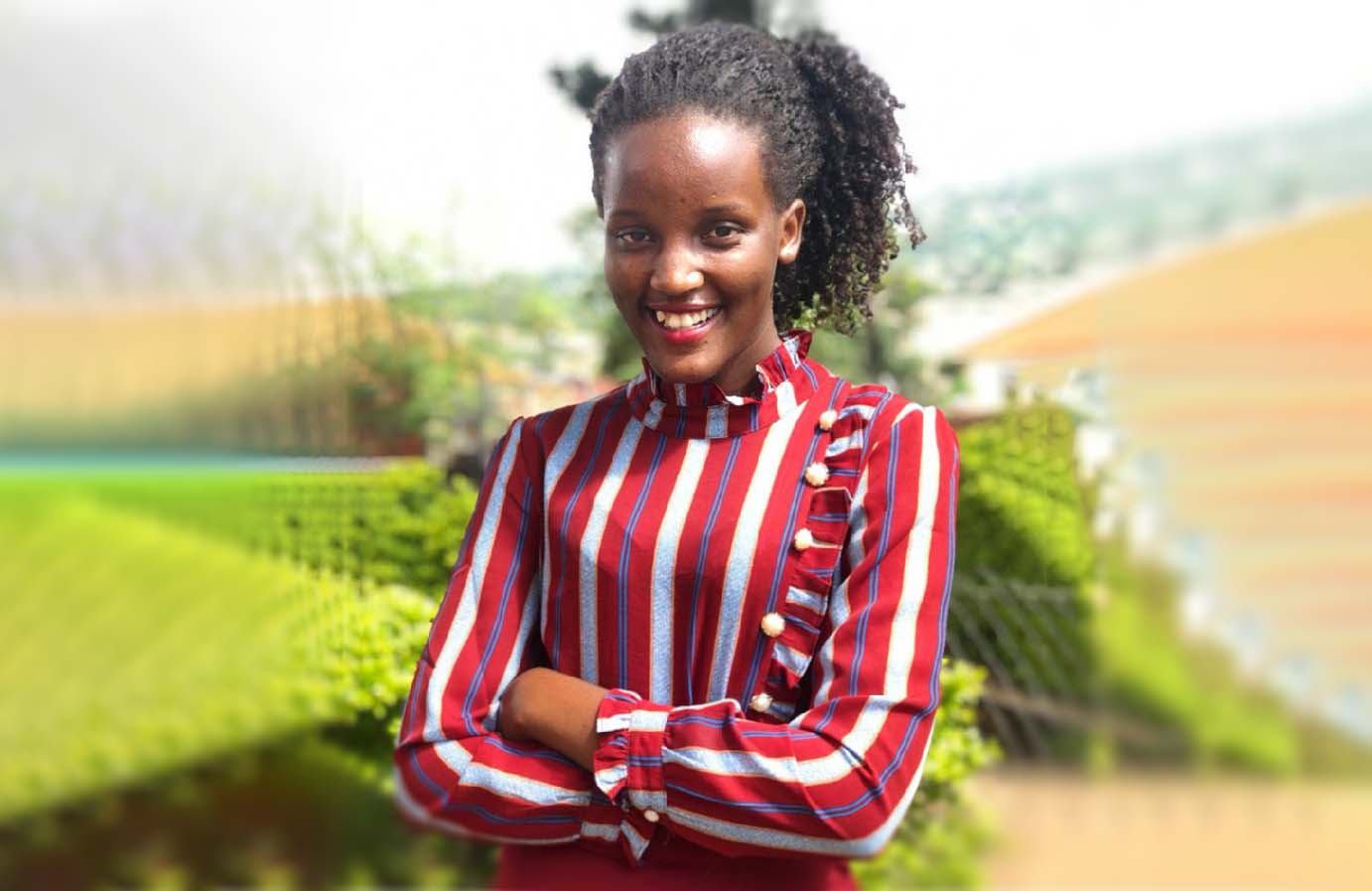 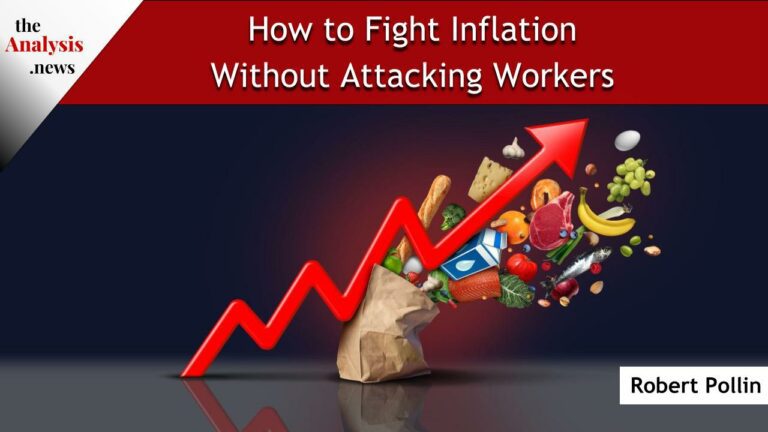 Economist Bob Pollin says government stimulus and higher wages are not the primary drivers of today’s inflation. Higher interest rates are not the solution. Bob joins Paul Jay on theAnalysis.news. 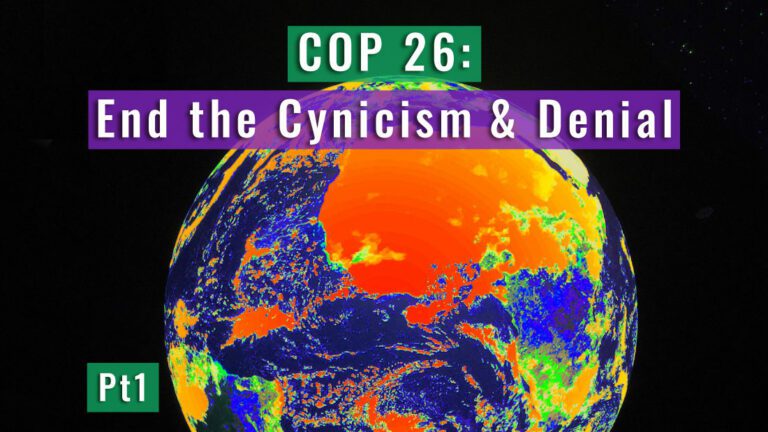 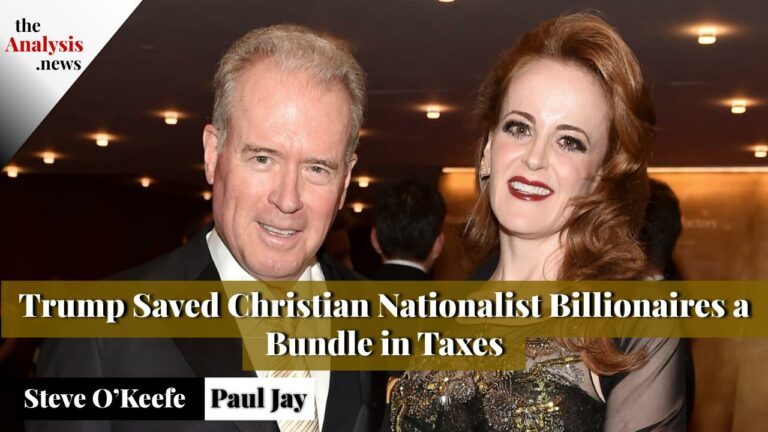 From fintech to food systems and social media to all domains essential for society and the economy, the State of Big Tech compendium of fifteen essays offers a vision and blueprint for the 99% to break out of privatized status-quoist enclosures. 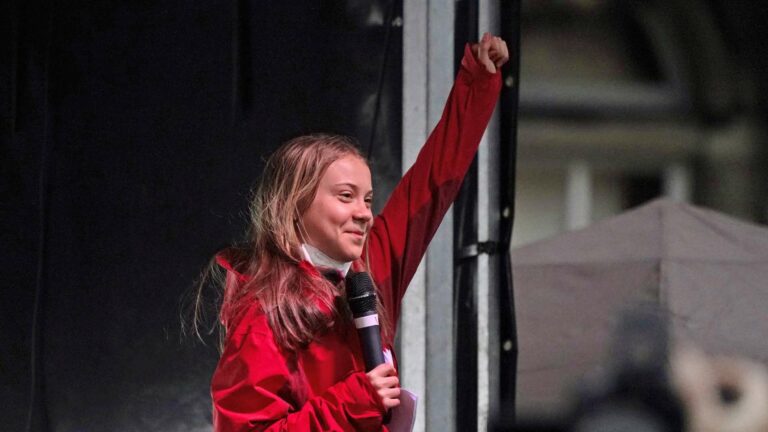